The Volvo Ocean Race is the leading round-the-world sailing race for teams, with a series of stops that give fans the chance to experience the In-Port Race series. It began life in 1973 and was then known as the Whitbread. Today it is sailing's biggest offshore race and one of the most coveted prizes in the sport. It lasts for nearly nine months - it's the longest sport event in the world. Â

Scheveningen, The Hague was a stopover in the final leg of theÂ Volvo Ocean Race 2014-2015, from Lorient in France to the finish in Gothenburg in Sweden. At 5 p.m. on 16 June, the boats set sail from Lorient and head for Scheveningen. The actual arrival of the boats in the harbour of Scheveningen depended of course on the wind. In the night of Thursday on Friday the first teams arrived and by the end of the morning all the boats were in. The harbour head acted as finishing line. Starting at noon on Saturday 20 June, the boats sailed out in the same order and timing in which they sailed in.

Aqua Events supported the Volvo Ocean Race in The Hague with 120mÂ² jetfloats, several gangways, multiple buoys, 27 anchors, two boats, an office-container and many other equipment:

â€¢Â Â  The 120mÂ² jetfloats were used asÂ  a quay to create more space to moor in the harbour of Scheveningen.Â

â€¢Â Â  Aqua Events created a neat passage with 20 ankers and 10 green & 10 red buoys to enter and leave the harbour for the boats of the Volvo Ocean Race.Â

In JuneÂ 2006Â the Volvo Ocean Race stopped in Rotterdam, Aqua-Events was responsible for the nautical production of this event. Together with the Rotterdam Port Authorities we controlled all movements and event related tasks on the river.The Veerhaven in the hart of Rotterdam was the epicenter of the Rotterdam Stopover.Â We placed temporary jetties and barges at this location to provide the VOR village with all there nautical needs.
Over the whole Port of Rotterdam we placed 31 barges and platforms for photographers, temporary mooring places for passenger vessels etc.Â

For the transport of crew and media and the safety of the public we delivered 42 Ribs with crew, 80 life-rings, VHF Radio systems and hundreds of lifejackets.

We lifted a large sailing vessel on top of an offshore barge, which was used as stage for DJ Tiesto, a large show was giving on the river Maas with all types of vessels and fireworks from multiple barges. 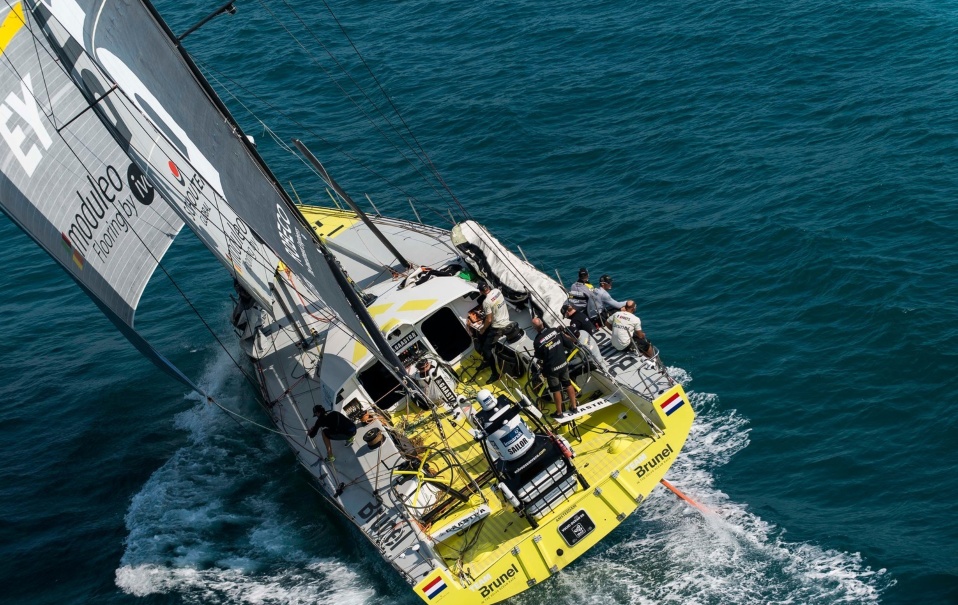 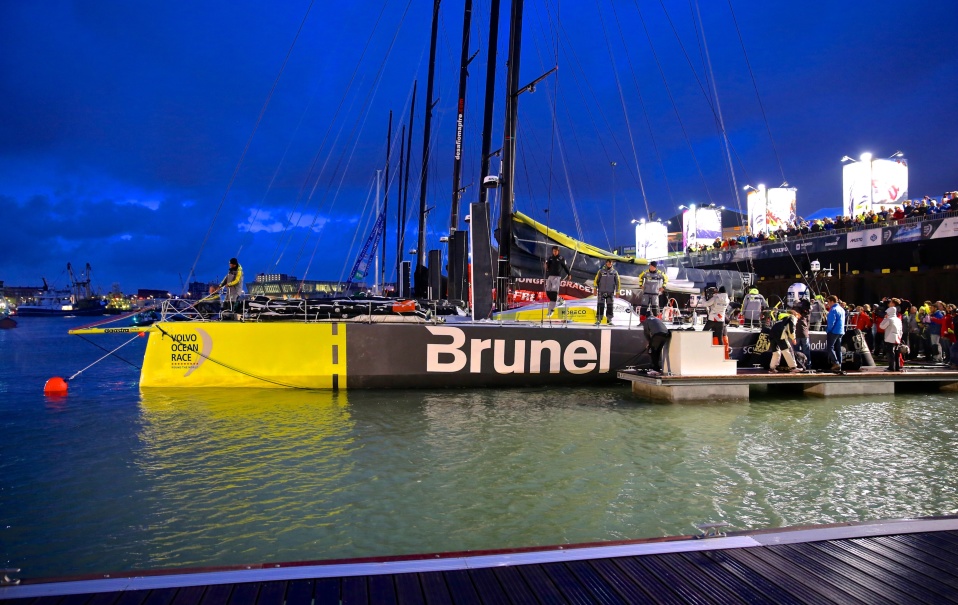 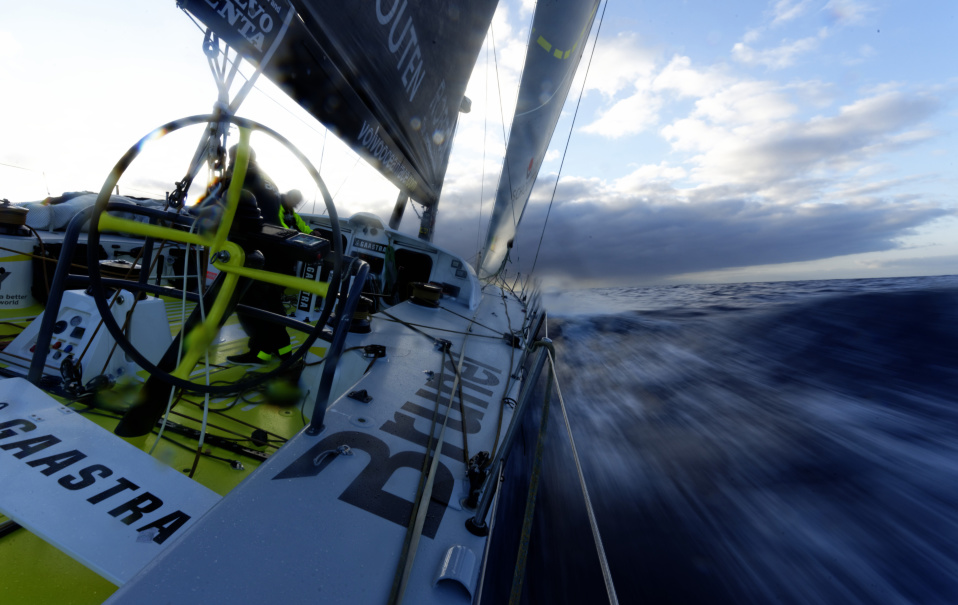 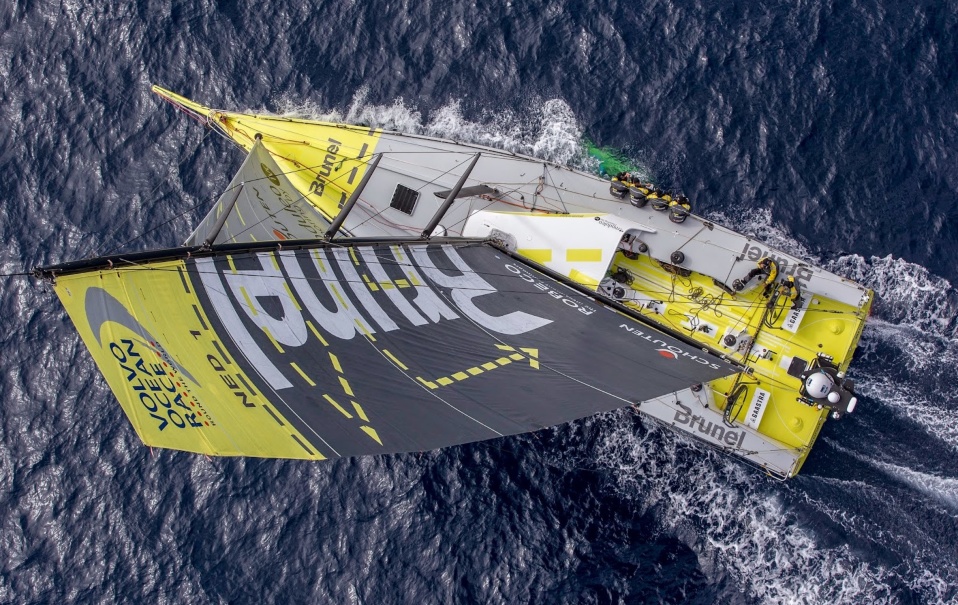 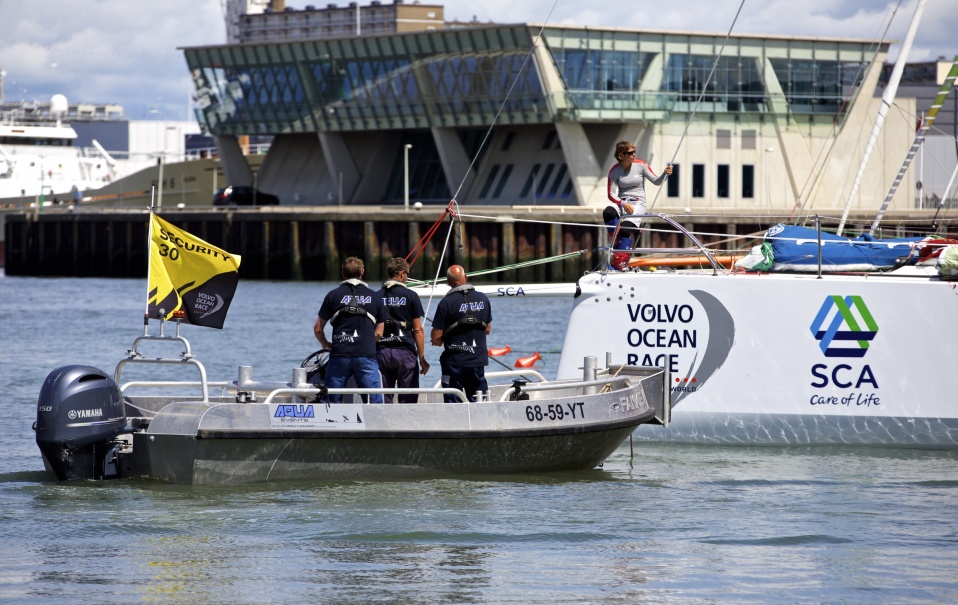 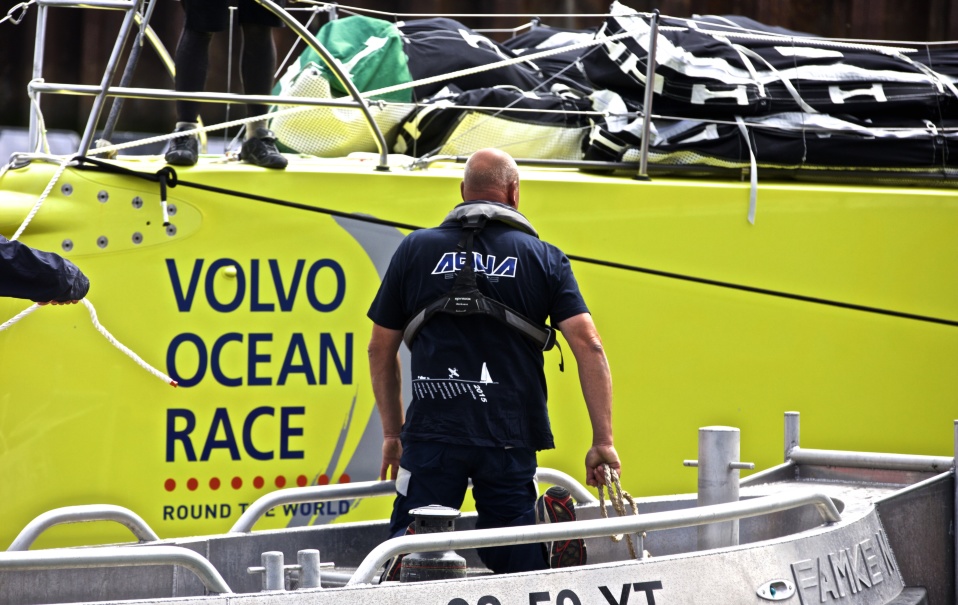